Have you ever thought about that Holidays are full of culture? You know something about Portuguese holidays? We are not talking about Christmas, Easter or Halloween, but our specific holidays. If you want to know more about it, take a deep look! 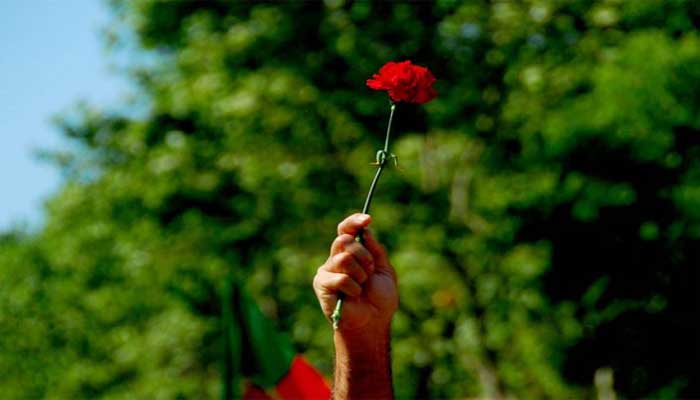 Let’s start with the most important and iconic holiday for us. On April 25th we finally ended the Portuguese dictatorship and achieved our freedom!

If you are thinking that it was a long time ago, you’re wrong. We only became free in 1974. Our older generations lived through the dictatorship and followed all the changes until today.

Nobody had to die in that day, which makes us very proud of our nation. Our military forces have united against the government and the people have joined them. Everyone wanted a new and better country.

Finally, you should know that this day is represented by a flower: the red carnation. All the military refused to fire more bullets and, to symbolize peace, put carnations in the barrel of the rifles during the revolution.

Right after we get our freedom, on May 1st, we started to celebrate freely the labour day. Before that, the celebration was suppressed by the police.

This is an international holiday but it is different from country to country. Here, in Portugal, usually nobody works and, during the day, there’s time for manifestations and events, mostly in Lisbon or Porto.

Like in your country, probably, this day became the workers day because of the strike started in Chicago to get more working conditions.

At first, before the April 25th revolution, it was just the day of Portugal. We used to celebrate just being Portuguese, our great history and proud in our nation.

But after 1974, instead of celebrate just being Portuguese as we did before, we celebrate more.

We celebrate all our communities, in or out of Portugal.

And about Camões, he is one of the greatest figures in Portuguese literature. It is considered our greatest writer, because of his famous work called “Lusíadas” (poetry). We can’t be sure about it, because it was a long time ago, but we think that he died on June 10th, 1580.

We also celebrate Camões, because some of his work it’s about our biggest achievements and conquerors in history, to remember us that we can do great things, like in the past.

As you probably know already, Portugal is a catholic country. Therefore, we have many catholic holidays as well.

Here, the assumption of Mary is celebrated on August 15th. According to catholic and orthodox beliefs, in this day, it was the end of Mary’s life on earth and her arrival in heaven.

In other words, from human, she became a divinity. We see her as an example and a reminder that we should be good people in our lives, so we can make it to heaven as well.

This holiday is considered one of the most important catholic holidays in Portugal.

Corpus Christi, another religious holiday, always happen on Thursday, exactly 60 days after Easter, so it’s every year between May 21st and June 24th.

According to beliefs, God appeared on earth to show His desire to celebrate Eucharist. Since then, Christians celebrate that too, going to the church all together in this day.

Because it is a family day, nobody works. It is actually used to do holy communions or even arrange or take flowers to the graves of our families.

On October 5th, we implemented republic, in 1910. That happened thanks to a national movement of citizens and also the army, later.

With this change, some icons or symbols of Portugal changed too. For example our flag (from blue and white to green and red) and our hymn also was changed.

This day is celebrated with military parades, raising of the flag and, of course, singing our hymn. We also listen a speech of the President of the Republic.

Another religious holiday is the November 1st and it doesn’t happen just in Portugal as well. This day started when Christians started to honor the ones who have been persecuted because of their faith.

It is celebrated in honor to all Saints, known or unknown, martyrs or heroic Christians, because every person who have lived according to the Gospel was considered to be a saint.

Therefore, we have the tradition to visit and offer flowers to our familiars that already passed away. We ask them to pray for us, and take care of us, so we can be with them in the future.

On December 1st, Portugal restored its independence. This was the day that Portugal and Spain finally split up.
Portugal faced a succession problem, losing its king (D. Sebastião) in a Battle. During 60 years, we had three kings from Spain, all called “Filipe”, so we call that period “Domínio Filipino” (Philippine domain)

This union was the cause of many problems for Portugal. So, in that time, we invaded “Paço Real”, killed the representatives of Spain and elected “Duque de Bragança” as our king.

Finally, on December 8th we have our last and religious holiday: The Immaculate Conception. (and of course, Christmas too). This day, celebrates the life and virtue of The Virgin Mary, mother of Jesus, conceived without sign. It is a big day for the catholic church.

The king D. João organized a solemn ceremony to thank Virgin Mary for the restoration of our independence from Spain. For that, he went to the church of Immaculate Conception, and declared Her patroness and Queen of Portugal. Since that day, no more queens wore the crown on his head. This privilege was only available to Her.

We hope this article was useful to let you know about the origins of the Portuguese holidays, the rituals associated with them and what they mean for people.
If you liked, feel free to comment and share and do not forget to follow us in social media (Facebook, Instagram, Vkontakte). There you’ll find more content.
Finally, if you want to learn Portuguese language, you’re welcome to visit us in our schools or to learn online with us.